Complexity as a tool for understanding and managing change 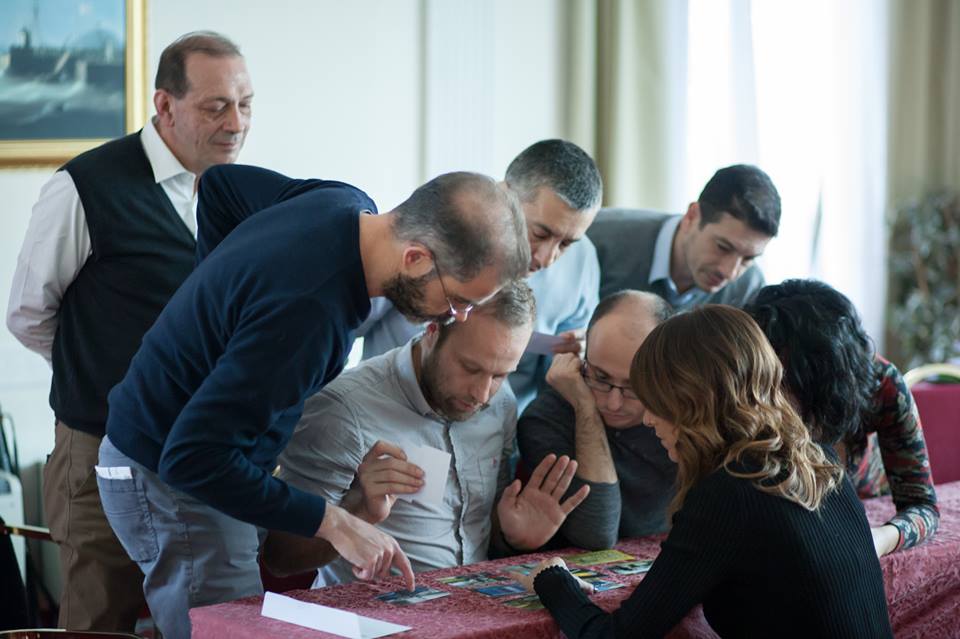 “Divide et impera”, divide and rule, the ancient Romans used to say, when faced with the domain of vast territories and the submission of numerous, culturally heterogeneous populations. A strategy that has been shown to be successful for centuries and not only in a military setting. In fact, divide and rule has always been one of the cornerstones of the analytical approach, well known by anyone studying and working in a scientific/technical area. But has this approach always been the best for understanding and solving all problems? According to the theory of complexity the answer is no! It must be integrated with a systemic approach, even at the cost of challenging consolidated methods, deep-rooted convictions and acclaimed best practices.

But let’s start from the beginning: anyone with scientific training is taught, right from their school days, to have an analytical approach to problem solving, i.e. to break problems down into simpler parts that are therefore easier to tackle and solve than the starting problem as a whole.
The analytical approach is also successful when faced with huge tasks,such as repainting the whole of the Eiffel Tower. In fact, if we don’t get overcome by dizziness during the on-site inspection, it is “easy” to find a solution to the problem, by breaking the work down into stages and planning them appropriately. Then “all we need to do” is find 6 million euro, 25 mountaineer painters willing to work for 18 months, 60 tonnes of paint, 50 km of ropes and 50,000 m2 of safety nets and, voilà, les jeux sont faits!

But, if we also want to know about the tower’s state of health, its ability to withstand an earthquake or the passing of time, can we settle for studying separately the damage caused by the individual atmospheric agents, from pollution to the other possible causes of deterioration? A chemist is well aware that if other reactants are added to a reaction it can lead to unexpected results. The same can be said for a structural engineer. They are aware of the fact that various causes acting simultaneously can compromise a building which is actually able to withstand the individual strains.
If we then move on to look at social groups, this appears even clearer: to understand the trajectories chosen by a flock of birds it is certainly not sufficient to look at the flight of a single specimen!

So a different approach is necessary. Therefore, a global and non-local conception is applied and the focus moves from an analytical vision to a holistic one, which considers the context, the surrounding environment and the interaction between the parts that comprise it, from a systemic perspective. To achieve this, the paradigm must be changed, which can be provided by the science of complexity.

Talking about complexity can be off-putting, as it (erroneously) evokes the concept of complicated. But, if we refer to its etymology, we discover that “complex” comes from the Latin complexus which means to “embrace, comprise” and that therefore a complex system is such if it is “comprised of many related parts that have an influence on each other”.

But one question remains: from a pragmatic and effective perspective, how can the new paradigm be exploited? It is sufficient to look around and acknowledge being part of an ecosystem which is, by definition, a complex system comprising living organisms that interact with each other and with the environment around them; and we often forget about the “systemic nature of the ecosystem”.
On this point, we remember that, at the start of 2017, the State-Regions conference was about to approve a plan to kill a certain number of wolves which, having significantly grown in number over recent years, were forming numerous packs. The plan was then set aside because of protests by animal protection movements. Without going into the ethical aspect of the decision, it is clear that when faced with a complex situation (the ecosystem) it is unwise to adopt a solution that does not have a systemic vision, limiting itself to acting on a single organism.
The consequences of such an approach could be more harmful than before, as the extermination of the river otter population has taught us, which have almost become extinct due to poaching. These mustelids were considered to be responsible for ravaging a lot of fish in the rivers, a true statement as otters eat about 15% of their own weight in fish every day; but this is only partially true as it does not consider the fact that these animals can prevalently capture the least mobile specimens, i.e. old fish (who cannot repopulate the ecosystem in any case) and particularly ill fish, hence preventing the spread of diseases among the healthy population.

In conclusion, complexity is an interpretative key that helps to understand how complex reality is, how strong relations are between all the players in a context and how these relations influence reality itself.
An increasing number of scholars are now aware of the above and have adopted and are adopting the systemic approach in their work. The consequences of this change in paradigm have led to significant developments in human knowledge, from biology to economics, meteorology and medicine, without forgetting sociology, design and the organization of work groups.

For anyone who believes that effectively “the flapping of a butterfly’s wings in Brazil can cause a tornado in Texas”, as the meteorologist Lorenz suggested in 1972, it is therefore important to look more closely at the aspects connected with complexity. Maybe in the hope of understanding change in advance and overcoming mutations without any harm being caused, making sure that mutations can be attributed to useful situations for evolution and improving current conditions.